Will there be added congestion to the intersection at Old Trail Drive and 250 as a result of this project? The predominate impacts to this intersection are caused by new development to the North of Old Trail Village (along Jarman’s gap) that by design are using Old Trail Drive to by- pass other routes and reach all three schools as well as the I64 interchange.

How will this location help to diffuse traffic? By managing the operations of this proposed use for more appropriate weekend, afternoon and evening activities it actually could reduce impacts.

How does this project fit into the overall planned development of Old Trail?  Over the past 5 years, the Old Trail Village Development has rezoned the master plan to reduce density by almost 1,000 residential units. At this stage of the development the community’s land mass is significantly built out and has already proven that it would likely not achieve the total allowable density, which from the original approval could be as much as 2200 units. This in effect has committed the reduction of overall density to a new lower level. Although the project is still in it’s active stage there would be some flexibility based on market input but as mentioned the remaining land mass will help control some of that final outcome.

How does this project fit into the Commercial development plans for Old Trail Village? As with residential development, the Old Trail Village Commercial properties are going to be built to what the available land mass and parking will allow. Additionally, the supporting customer base has a limit to what can be provided in this Village when considering the important growth of the Downtown Crozet Plans. The Old Trail Developer is considering this new proposed facility to fit within the total commercial build out so there would in effect, NOT be an increase to commercial development in the overall plan.

The trip generation resulting from the planned program and services is shown in Table 1 below. As noted in the table there are many time periods where the programming detailed will not occur and, therefore, will not generate any trips. These instances are noted with ‘NA’ in the table. Based on these assumptions, the Crozet Sports Facility is expected to generate 820 weekday daily trips, 46 morning peak hour trips, and 228 afternoon peak hour trips. 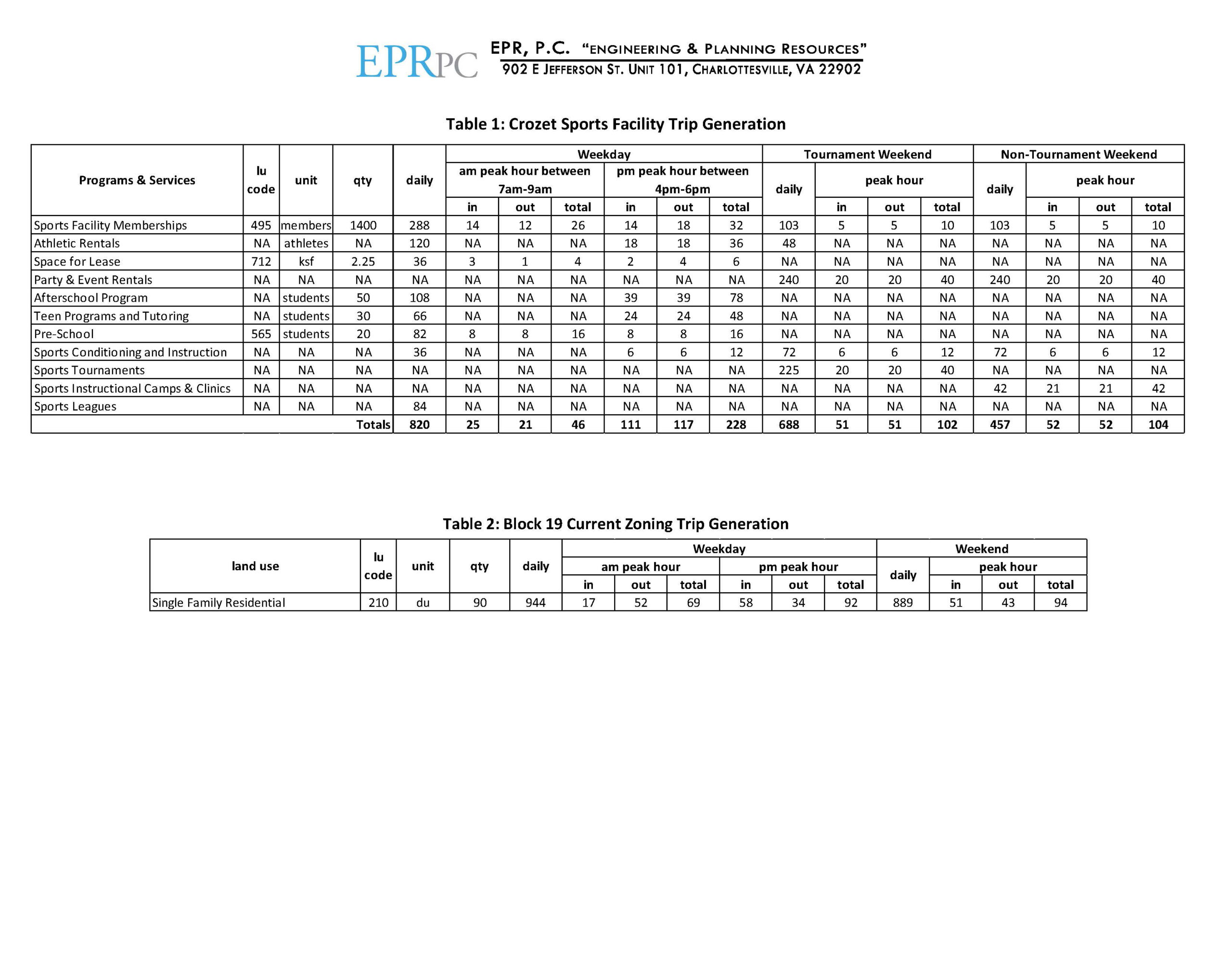